The history of the bitterball

Home » Inspirations » The history of the bitterball

The name of the dish is not derived from the flavour of the recipe, because bitterballs are not bitter in any way. Historically, bitterballs were served along with the bitter infusions from juniper berry liqueur or brandy. Referred to as bitters. A drink that is known as “Dutch gin”.

The history surrounding the Dutch Prince William of Orange who managed to conquer several counties in the UK in 1688 during the “Glorious Revolution,” and who is said to have brought the bitterball to the UK. He later became King of England, Ireland and Scotland. He was a trendsetter. He introduced the bitterball in London as an expensive appetiser.

Was the first bitterball created by Spaniards?

The first documented evidence of the bitterball dates back to Batavian times. Batavians was the name given during the Roman Empire to the Germanic peoples who inhabited the area of the Rhine delta, which roughly corresponds to the territory of The Netherlands nowadays. The Batavians lived in The Netherlands in the province of Gelderland around 200 BC.

After each meal, the Batavian women mixed the leftover food with water and bread to feed the hunters on their journeys. The Romans kept up with these eating habits of the Batavians once they conquered the region.

The Spanish took this recipe over from the Batavians during the Spanish invasion of the 16th century. They then changed the preparation method: leftover meat was mixed into a dough made of flour and eggs, wrapped in breadcrumbs and then fried, a recipe that seems very similar to the bitterballs of today.

This would mean that the first Dutch bitterballs were made by the Spaniards. Due to the scarcity of food, they only had a few ingredients that they could use to make their tapas: stale bread, stew and meat.

The bitterball as a Dutch tapas

A later account says that Jan Barentz, an innkeeper, discovered at the end of the 18th century that bitterballs whetted his customers’ appetite for beer or gin. And to encourage them to drink a lot and more and more, he introduced the first forms of finger food called “schenks”, small portions of cheese, bread and bitterballs, introduced by the Spanish.

Rumour has it that Jan Barentz’s wife once used the leftover filling from the chunks to make little balls out of them. She rolled them in egg and breadcrumbs and then fried them.

The former popular Dutch cabaret artist Toon Hermans called one of his poems ‘life is a bitterball’.

The vegetarian Oyster Mushroom Snacks from Bertyn are packed with flavour and are artisanally made. On the inside you’ll find a delicious creamy oyster mushroom ragout and on the outside […]

The vegetarian & organic Vegetable Snacks from Bertyn are packed with flavour and are artisanally made. On the inside you’ll find a delicious creamy vegetable ragout and on the outside […]

The vegetarian Vegetable Cheese Snacks from Bertyn are packed with flavour and are artisanally made. On the inside you’ll find a delicious creamy ragout, prepared in a flavouring stock, and […] 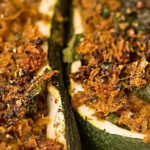 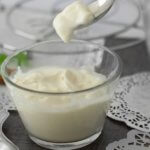 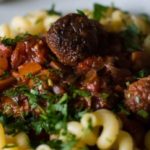 Macaroni with a spicy tomato sauce and seitan meatballs

“Vegan products that meat eaters love! Seitan is No. 1 It’s wheat meat.” “My No. 1 substitute is seitan. Seitan is a fantastic substitute for meat in recipes such as sandwiches, stews or stir-fries. The possibilities are endless”

Without meat, without fish, only pure ingredients.

Check out how these snacks are made!
Watch more videos