The crew of the ‘Brigitte Bardot’ consists of an average of 10 volunteers. On board only vegan food is consumed. No meat, no fish, no eggs, no dairy, no honey. Out of respect for animals and the eco-system. To give these volunteers of the ‘Brigitte Bardot’ a treat, seitan chef Serge Restiau from Bertyn prepared lunch for Sea Shepherd under the motto: let food be your medicine. From now on, the chef of the ‘Brigitte Bardot’ will cook with extra virgin coconut oil and Amanprana olive oil, use Gula Java (palm sugar from Java) as a sweetener, and drink lovely organic wine and Gula Java Cocoa (a tasty sports drink) and the crew will enjoy Bertyn Seitan.

Bertyn is a small company with great ambitions, because organic and vegetarian products are the future. Both for human health and for all animals and eco-systems. Bertyn calls for attention to the oceans. Let us not be blinded by our own short-term interests. Let us make sure our children will be able to enjoy the oceans and a healthy eco-system. ’Leave us a flower and some grass that is still green. Forget just for once how much money a million is’: Louis Neefs. Fish die in the sea, poisoned; the sand on the beaches is polluted with plastic and oil. Whales are driven ashore by sonar rays produced by humans looking for oil, gas or fish, and by military exercises. 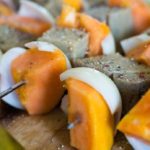 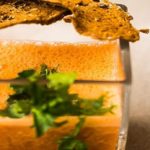 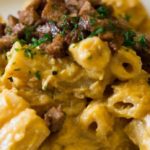 Macaroni with vegan cheese sauce and vegetarian bacon made from seitan

“Always buy the best quality seitan. The seitan you find in your average supermarket is often very tough. Seitan should have a tender texture. Organic health stores stock delicious seitan (I don’t often like to mention a brand, but Bertyn’s seitan is excellent).” groeneprinses.be